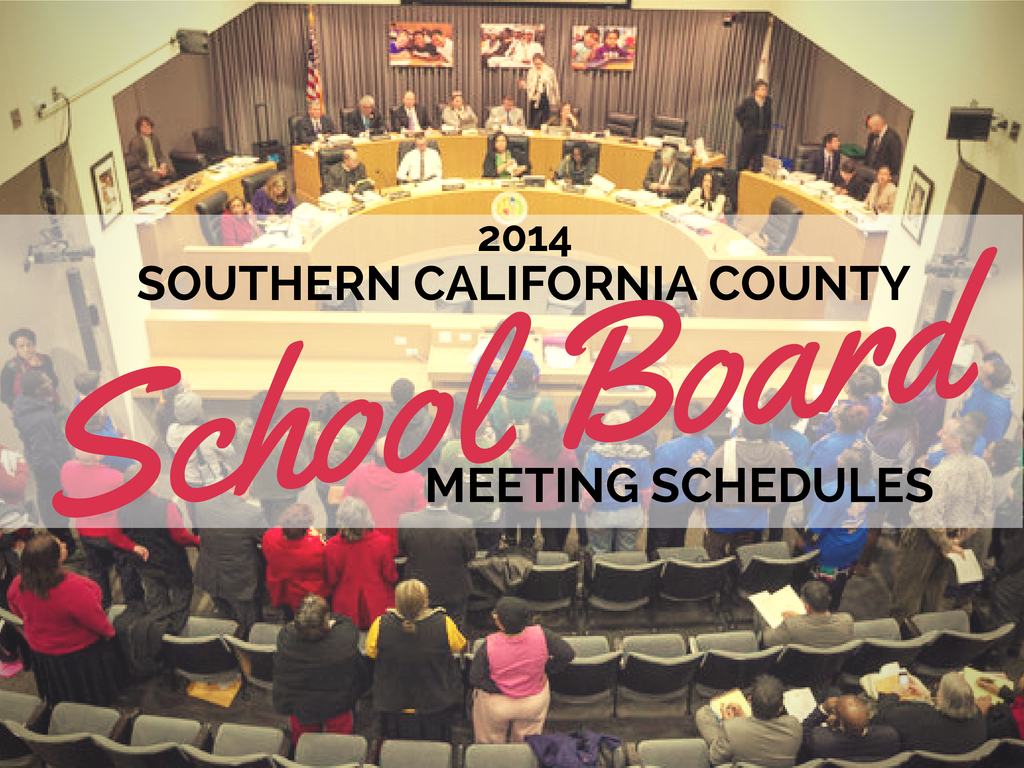 LACOE Board meetings are open to the public and open sessions begin at 3:00 p.m. on the following dates:

All LACOE Board meetings are held at 9300 Imperial Highway in Downey, CA 90242. For more information, please call (562) 922-6111. To learn more about LACOE, including  meeting agendas, please click here.
Visit the PAL Event Calendar for details.

Board Meetings begin at 11:00 a.m. on the following dates:

The meetings are held in the Orange County Department of Education Board Room, located at 200 Kalmus Drive, Costa Mesa, CA 92628. For more information, call 714-966-4012 or email ocbe@ocde.us

Five members of the San Bernardino County Board of Education represent trustee areas and serve four-year terms. The Board meets regularly, normally on the first Monday of each month. Its agendas and minutes from meetings are available and follow procedures of the Brown Act.  The general duties of the county board of education are set forth in various sections of the Education Code. Main responsibilities include adopting rules and regulations not inconsistent with the laws of this state, for their own government; keeping a record of their proceedings; and approving the annual budget of the county superintendent of schools before its submission to the county board of supervisors. To learn more about the duties of the San Bernardino County Board of Education, including the current members, please click here.

All regular meetings of the County Board of Education are held at the Roy C Hill Education Center, 601 North E St, San Bernardino, CA 92415 unless otherwise noted.