Why Parents MUST challenge the Status Quo

Our Executive Director, Julie, did! In fact, she actually ran for school board in her home district.  Capistrano Unified School District has been a lightning rod for issues over the years including a teacher strike during the great recession, $52 million dollars spent on a district office, and an indicted superintendent that created an enemies list of parents that questioned policies.

Since Julie has been a long-time advocate for students in Capistrano Unified she knew what she was in for when she decided to run against a union-funded incumbent. The opposition provided many antics for Julie to combat during the campaign: sign stealing; teachers writing deceitful letters to students and parents saying she was going to close their schools, whisper campaigns, and her opponent’s side buying up all the republican mailing slates (even though she is a registered democrat).

Julie ran on a platform of making sure students were the #1 priority in education in her district by providing school choices, transparency in spending, and accountability for student achievement. Despite having the endorsement of her entire city council, various state and local democratic and republican political leaders, and informed parents, she lost by only 4.6 percentage points. Sometimes the turkeys win in the end!

When asked about her experience, Julie stated, “I am so thankful I ran. I hope it encourages others to step up for students. It’s not easy, but worth it. I know many of us are holding on to Trustee Hatton’s many mailers that state she supports charters schools and reducing tax dollars. We are going to hold her to that. I learned so much about how the teachers’ unions conduct their questionable campaigns and how all the different parent associations play into supporting the union choices.”

The election is over, but the awareness campaign continues. Our children need students to be the priority in education. 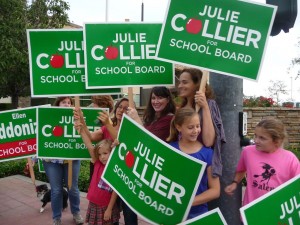 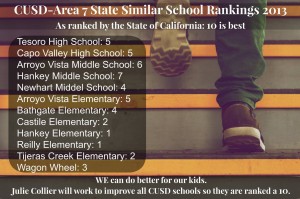 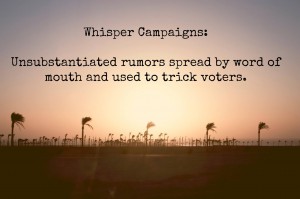 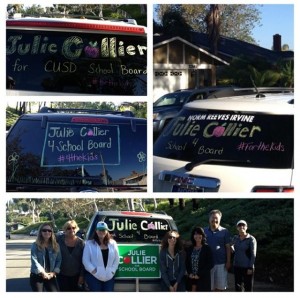