PAL Speaks Up for School Choice in LAUSD 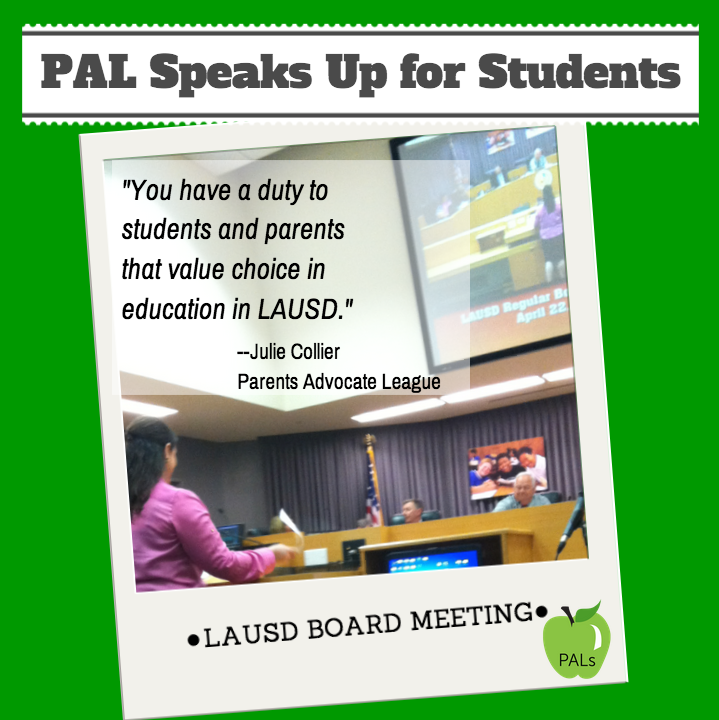 There is a disturbing trend in the Los Angeles Unified School District (LAUSD) to reduce the school choice options for parents.

Trustee Keyser, who represents the area in which the two schools are located, refused to comment on why he chose to close two schools in his district which serve underprivileged youth.  Trustee Garcia and Galatzan voted in favor of keeping the schools open.

Thankfully, on appeal, the Los Angeles County Board of Education voted to approve the two Aspire Schools.  Trustee Boyd discussed his disappointment with the LAUSD board majority voting to close the Aspire schools, stating “…they violated law and let down kids.”

Parents Advocate League Executive Director, Julie Collier, spoke at an LAUSD board meeting to remind the Board Members of their duty to the students and parents who value choice in education in LAUSD.

Thank you Julie for standing up for parents and school choice!