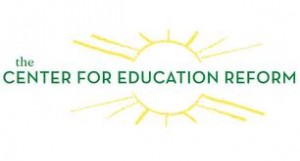 The Center for Education Reform (CER) announced today the launch of the Grassroots Advisory Board (GRAB). Comprised of like-minded individuals from across the nation, GRAB founding members share a common goal to create the tools and build the support network to usher in the next generation of advocates to accelerate the pace of education reform.

“While the cause of education reform has become much more popular over the past decade, the work remains enormous and is being encroached upon by friends and detractors alike. The people that make up GRAB have proven they are dedicated to delivering results, whether it’s raising awareness in the press, in classrooms nationwide, or building support in their own communities,” said Kara Kerwin, CER president. “To steal a quote from a good friend, they represent the people that are not ‘still waiting for Superman’ but do the work daily and most-often unsung.”

“These individuals understand that education reform is not about one particular hero or change to the system, but about the work and mission to ensure ALL students have the opportunity to achieve their potential, and work tirelessly to sustain results,” said Kerwin. “They’ve proven to be trusted advisors over time to me personally, now we’re taking their lessons to the streets in our greater Campaign for Education Reform.

Kara Kerwin, president of The Center for Education Reform, and GRAB members are available for comment. Members of the media should contact Michelle Tigani at 800-521-2118 or michelle@edreform.com to arrange for interviews.